I've mentioned Christine Messina's fantastic blog, Finding the Qs, on here before. She let me in on the action by sending two of her origami peace cranes with me to Orlando, Florida, for the Redesign Alliance Conference. I loved the cranes--especially this beautiful black one with silver lettering--but I REALLY enjoyed leaving them inserting them in strategic spots for some lucky traveler to find. 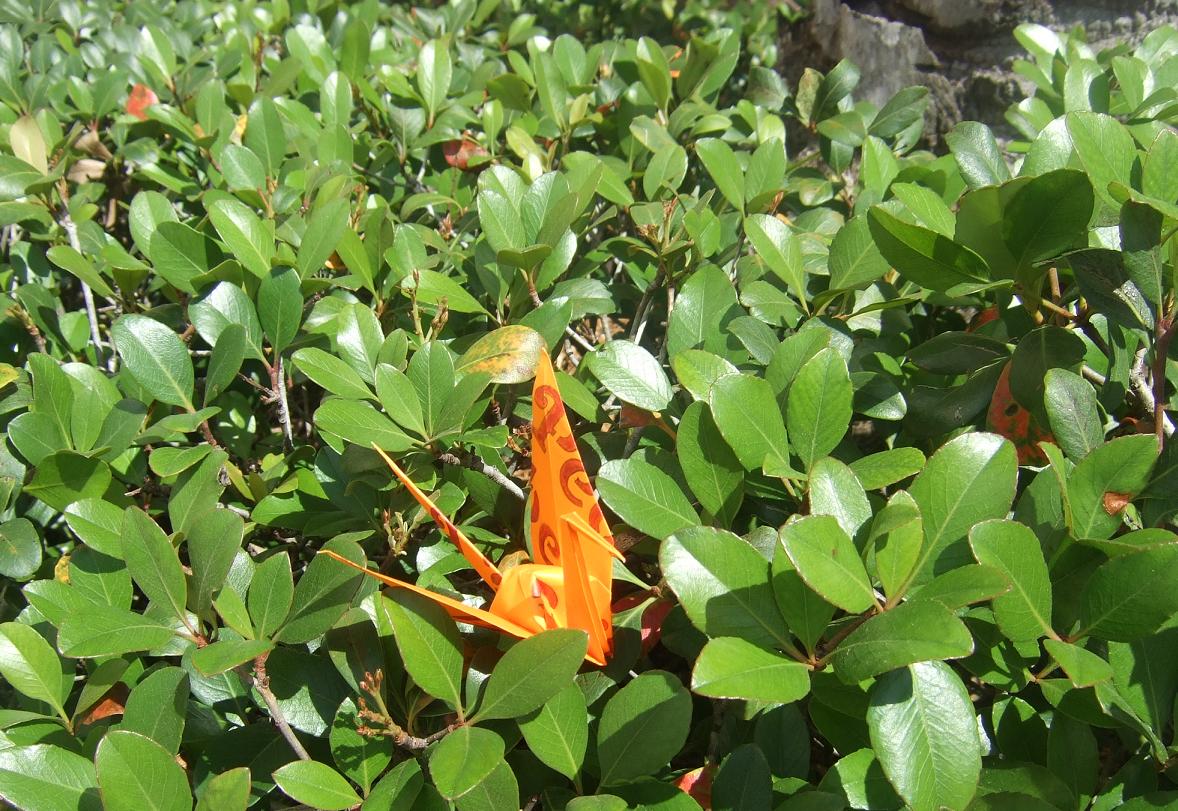 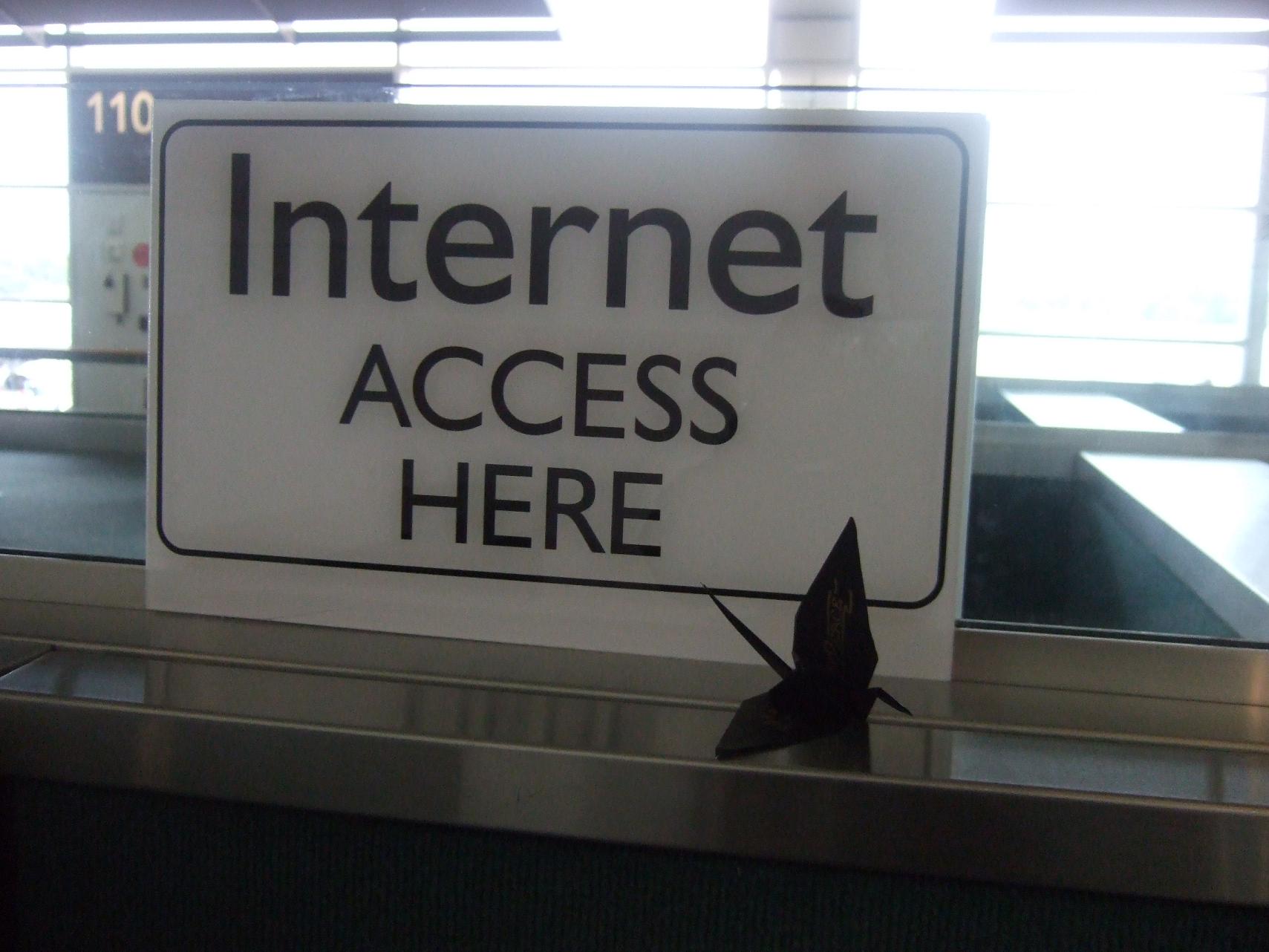 What you have heard is true. I shot my snow thrower. Dead. 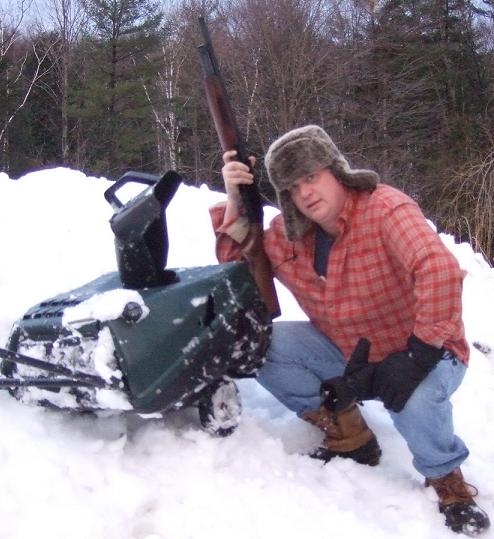 Six years ago I bought a cheap snow thrower at Sears. When I lived in Henniker, with a 30' blacktop driveway, it was a great thing. I could hardly wait for the snow to fall and often didn't wait for the storm to pass but instead went out and cleared the driveway two and three times.

Then we moved to Wentworth. My driveway is gravel and I no longer have a garage to keep it in. Those two factors began to take a toll...over the past three years I spent approximately $710,000 in repairs (I'm just guessing...the figure may be much higher). The thing NEVER ran when I needed it. And this winter, with almost ten feet of snow, I needed it a lot. Worse--far worse--than not owning a snow thrower in New Hampshire is owning one that never works no matter how much you spend on it.

I don't have that problem anymore.

When I finally snapped--breathless and sore in the back from pulling the starter cord 922 times--I started by kicking the machine. Then I tried to swing it into the yard like an Olympic hammer thrower. When I got up off of the ground, I tried to imagine loading the thing into the trunk of my car and taking it to the same small-engine repair joint in Plymouth that has managed to put in a hot-tub and a chandelier since my snow thrower and I moved to town.

But instead I pulled and yanked and wrestled the piece of junk around the house to the back yard and positioned it on the edge of a drop-off above the brook. I stomped back into the house where Tab asked how it was going out there. Her father was sitting at the table so I tried to control my language. "It's going great." I said between gritted teeth. "I'm going to shotgun the snow thrower now." Tab just watched me stalk off down the hall.

When I emerged with the shotgun and a box of slugs, she seemed genuinely surprised. Maybe she didn't hear me the first time. But neither her nor her father said anything as I stomped out the door with gun in one hand and the shells in the other.

By the time I loaded the gun and then repositioned the snow thrower to reduce the chances of an errant slug hitting my neighbors' house, a few minutes had passed. I imagined stalking the snow thrower in it's natural habitat (probably the snow-less deserts of New Mexico for this particular species--crapicus norunicus). Here and there in the sandy soil, a tell-tale wheel track would give away it's direction. By pinching a sage leaf, I could smell the 40:1 gas mixture and determine how many hours before the snow thrower had passed through. Here and there, receipts and check stubs indicated where it had fed. Finally, as the sun came over the mountains, I spotted it on the rim of the canyon. What's this? It's about to charge that campsite full of sleeping children below?

Not on my watch.

Was it good? Damn right. So good that I reloaded and pumped three more shots into it. Oh sure, I would have loved it if, as in the movies, the force of the blast had blown it over the lip of the drop-off. But it was flippin' sweet. 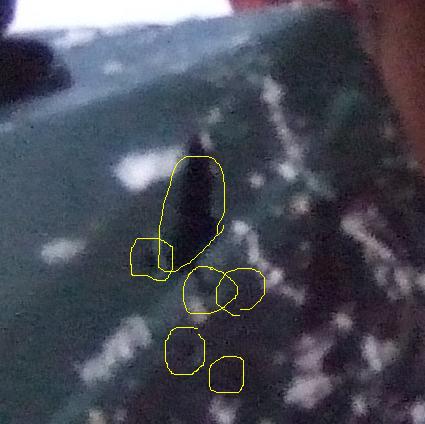 But the story get's better. Flashback: last summer, while Tab and I were away on an errand, our daughters were playing outside with the dog when a strange car pulled into the driveway. One of the two women in the car asked my oldest if her parents were home. When she said we would be right back, the woman asked, "When your parents die, do you think they'll go to heaven? Do you think they're saved?" My daughter didn't know how to answer that so she gathered her sister and said they needed to go inside.

I was furious when I got home.

Tab turns back to them. "That's him," she says. "He's shooting the snow blower. He should be in in a minute."

They didn't stick around.

Got a machine that won't cooperate? A chainsaw that won't start? A mower who's wheel keeps coming off? I can take care of that for you. I can make it look like an accident or I can send a message to all of the other machines in the shed: "Briggs and Stratton sleeps with the fishes."

While waiting for Journalism class to start today, I was handing back papers, fussing with the computer, talking with our fantastic guest speaker (Mark Bevis, News Director for NHPR), and generally preparing for class. Not many people had arrived in class, maybe a half-dozen, when I paused to compliment a student on a story he had done the previous week. In the course of the conversation, he very casually used the "C" word.

I'm not going to give more context because while the person he was referring to was not a student in the class, only a few hints would be enough for some to figure out the identities of all the characters. I don't want to stir up anything between them and, besides, what difference does it make who it was? Anyway, before the kid (for he was clearly demonstrating his lack of maturity) could finish his sentence, I shouted "Whoa! You don't say that in a classroom!"

In six years at Plymouth, I can honestly say this was the first time anyone had used that word in my presence. I was stunned. I was offended. I was embarrassed. I was hurt. I was knocked off-balance.

Other than that initial response, I said nothing.

It gets worse. Here's the furious email I sent as soon as I got home (in fact, this is what I was writing when the Li-Young Lee story I mention in my earlier post came on TV):

I wanted to follow up on our conversation before class today. In six years at Plymouth, you are the first person to use the word "c***" in my hearing. I'm not very uptight about formality in my classes. However, as far I'm concerned, there is never a time to use that word. Certainly, I won't tolerate it in class. It's not only incredibly unprofessional, it demonstrates the worst kind of ignorance and sexism and easily violates my stated participation policy or any standard of professional conduct. As a writer, I would have imagined you would acknowledge that words have real power...and real consequences. Because I thought highly of your work last issue, and because there was a guest in our class (who was obviously as offended as I was) I was surprised and put-off and did not respond as forcefully as I should have. Had I not been taken off guard, I would have A) challenged your offensive language, and the underlying attitudes/bias, in an even more public manner in class, or B) asked you to leave class altogether. Consider yourself warned.

And option "B" is why I'm writing this...I don't support speech codes. That was my anger getting the better of me. The First Amendment protects stupid and hurtful speech precisely because such speech is presumably unpopular, a characteristic it unfortunately shares with most speech that would move us forward.

How should I have handled it? I spoke to my friend/colleague/mentor/confessor, Robin DeRosa tonight and she says that, had it happened outside of class-time, she might have reacted similarly (minus the speech code bit). Maybe she's just saying that to make me feel better. But had the event happened in class, she would have spoken about the freight that word carries--not just what it denotes, but what it communicates about the person who uses it. Namely that they are (to paraphrase my email) ignorant and sexist and unprofessional. In short, rather than forbidding the use of the word, she would have expressed her anger and disappointment, but she would have also turned it into a "teachable moment" where the student, and the class, could confront the consequences of their language. Her "safe" classroom would thus remain an open classroom.

When my students misspeak in regards to a question of theory or application in Journalism or Tech Comm or Poetry, I press the teachable moment. "Funny you should mention that... Why do you feel that way..." And we very purposefully talk about sexism, racism, etc. in class. In fact, we even begin the semester talking about the five "fault lines" along which most journalists form biases (race, gender, class, geography, & generation). I should have pressed the moment. But, in essence, I failed to react. Then, presumably when I had had time to cool down, I reacted in a manner that was less than thoughtful.

So here's the point. Because I believe words have consequences--and for some reason that printed (or online) words may have even more consequence--I'm making a public pledge (for me and the three people who read this blog every time I drop the hint that I've made a bi-annual post) to do better.

But there seems to be a third promise that I can't quite articulate. I'm ashamed that this happened in my classroom. As if something I've said or done must have invited this. Somehow, language that would be unthinkable in other classes/settings (not because of speech codes, but because of respect and professionalism) was deemed OK in mine. I want to have an open classroom. I don't want students to be guarded in their language or ideas. Does an open classroom simply (ha!) force me to struggle with the same paradox that forces the ACLU to defend the Ku Klux Klan even while they despise their views? Or am I right to fear that whatever low-frequency signal in my classroom that allowed one student to feel comfortable expressing that sort of misogyny is being received by everyone?

We now end our broadcasting schedule... [Queue the anthem]

We get two channels on our TV. An ABC station out of Portland, ME, and NHPTV out of Durham, NH. They are fuzzy and the static can make me crazy. That's why I watch TV with the sound off while I listen to public radio, surf the web and/or read. I looked up tonight and there was Li-Young Lee. The segment was called "Descended from Dreamers" and he was reading new poems and talking about his family's flight to the US, his marriage, etc. It was a good interview and the poems were gorgeous. Check out their story.

Remember that argument we had last week?