Just as finals were winding down (and grading was reaching the fever pitch) the heating pipes on part of the second floor froze up. It took a team of plumbers four days to get the heat back on (and they informed us along the way that our wonderful TARM dual-fuel furnace--it's got a HEMI--was a piece of junk on it's last legs). The final bill came to several thousand, but no worries--we were fully insured (minus a $1000 deductible) and anyway it could have been worse. At least the pipes hadn't burst and flooded the house, collapsing ceilings, ruining walls and our hardwood floors, and generally damaging or destroying our furniture and belongings. At least that hadn't happened.

And then it did.

We got back from our Christmas trip to Illinois on the 31st of December. On New Year's Day, we opened our gifts to each other at home, then packed the car to drive north to visit Tab's folks in Littleton. Since the weather was turning nasty, we planned to spend the night rather than drive back down through Franconia Notch (a treacherous pass in the winter time).

When we got home at noon on the 2nd, I opened the door to a wall of hot steam and the sound of cascading water. I cursed, Tab began to cry, and Maya went into a full-fledged panic attack. Steam had condensed on every surface, every possession on the first floor. Our kitchen floor was a puddle of hot water. The dining room was destroyed. And so on. 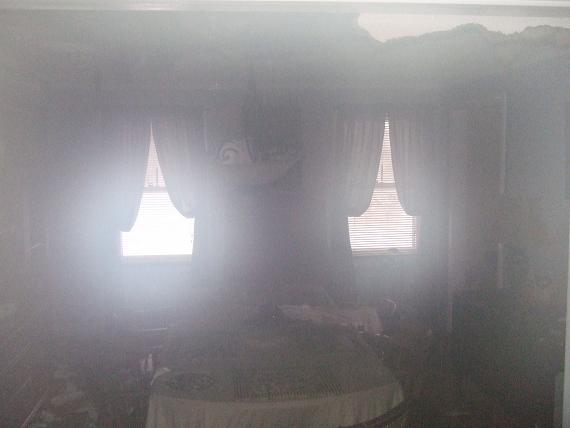 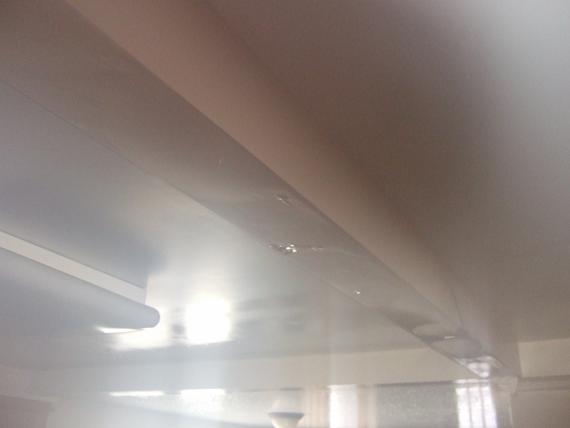 The kitchen ceilings in the steam

Within 15 seconds, I had the camera and was taking pictures while Tab contacted our team of plumbers and our insurance agent, however the steam was so bad that the camera fogged up. This was typical of the first pictures I took.

When the steam had cleared (some 30 or so minutes later), this is what it looked like (see below). 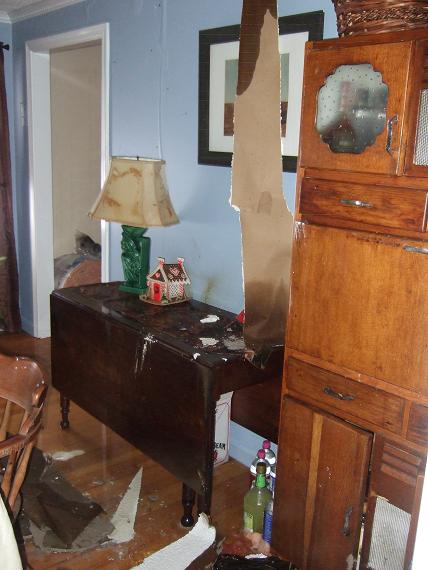 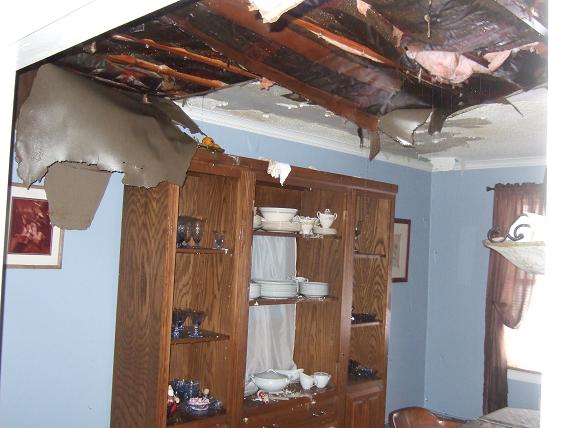 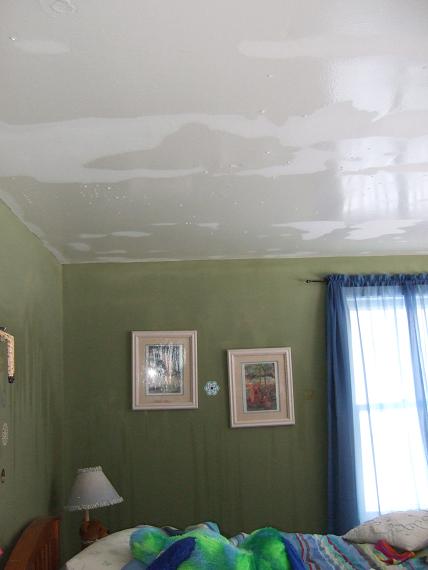 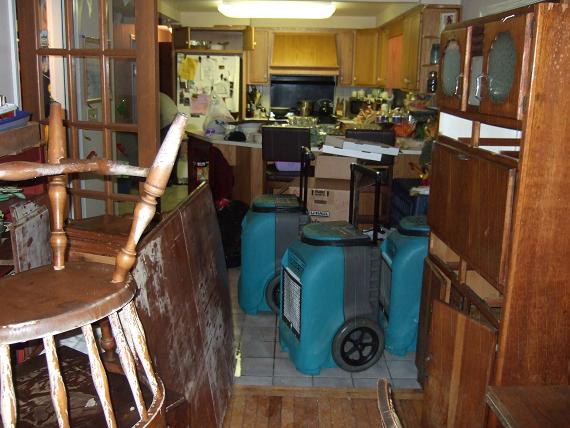 We have wonderful friends, though. Within 20 minutes, Cathie, Liz, Jeanette, and Phil were there to help us move furniture and china and other belongings from the wettest parts of the house to the driest parts. Later that night, Robin, Phil, Ruby, and Cathie came back with pizzas and made us eat and offered to take Maya home for a sleepover (she happily accepted--Brianna had long since fled to her best friend Devon's house). Also, I should say that our plumbing team was there within minutes of our call and they did a great job of stopping the leak, fixing the broken pipes, and even tearing up some of the saturated carpets and throwing them out of the second story windows.

Our insurance company had us call ServPro to handle the cleanup and recovery. They were rude. They didn't return phone calls. We called State Farm again and asked for someone else. They suggested Service Master. They are saints. They dispatched a team IMMEDIATELY. Paul and Junior showed up and went to work right away--the first thing they did was make sure that we knew we were in good hands--that they were going to clean, remove, strip, assess, pack...everything but cook for us. They were remarkable. They were able to get the two inches of water off of the basement floor and remove the saturated insulation from the basement and dining room ceilings even before they left that night. They were back "with reinforcements" this morning to continue the drying out and to begin the thorough assessment.

And us? We're in a hotel -- one room for Tab and I (and Irie), one for the girls. We've got what clothes we could gather, and books, and DVD players and etc. We're OK.

We're covered. We'll be out of the house for a few months while the place is first stripped to the studs, then rewalled, refloored, re-etc. But for now we're dry and safe.

7 thoughts on “The House on Soggy Lane”