This is how my friend Ruby reacted when I did not reply to her email within 24 hours: 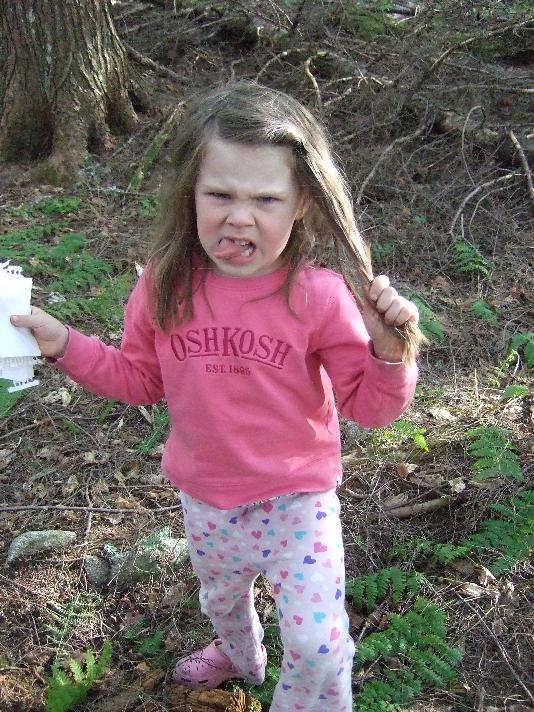 I sometimes get the same vibe from my students, colleagues, and family. Since an email "arrives" nearly instantaneously, I think we have come to expect a response in minutes or hours rather than days. If we don't get an email response from someone in that amount of time we assume that either their computer is broken or they have had a stroke. If another day passes, they clearly hate us / disrespect us / are incompetent.

When I was fourteen, I had my first and only girlfriend-via-correspondence. Her name was Rena and we met at a matinee showing of "Ghostbusters." My family didn't have air conditioning, so I used my allowance and haying money as often as I could to go to the movies in the hottest part of the day. I was a film buff, I guess. Anyway, Rena and I made eye contact during the opening credits while I was slurping my coke and in an uncharacteristic act of bravery I leaned over the two rows of seats 20 minutes into the movie and asked for her phone number. Or I got my brother to do it, I'm not sure. Turns out she lived in Grant City, MO. When you're from Agency, MO, (population 900, but just five miles from St. Joe) there aren't many places you can describe as even more of a hick town than your own. So I guess she was attracted to my urbane sophistication. Since our love was star-crossed by 105 miles of rolling missoura prairie, and since neither of our parents' would allow us unfettered access to the long-distance phone lines, we had no choice but to correspond through the US postal service.

Imagine this: while the windows steam up from the humidity outside, you labor all morning over your 16th letter in five weeks, carefully sculpting an image of yourself, "I've been lifting wates and practicing with my marshal arts a lot. That's not flowers on the back of this paper. I traced my 2 favorite throwing stars. They're called shurikens. I've got 4 of them. I'll probly get some more this summer." Since she doesn't know any of your friends, you pretty much portray yourself as a sort of teen-aged Territorial Governor--a leader in your community, respected for your fairness, wit, and fearsome roundhouse kicks (oh yeah, I was Napoleon Dynamite..and so was EVERY one of my friends). And since your devotion is best calculated in page count, rather than action or clear sentiment, you can ramble on for pages about your parents, your friend's dad's truck that you "rutinely" drive in the pasture, your favorite shows, your hunting conquests, your complete collection of the Conan, Tarzan, and The Horseclans book series'. And since you're also sensitive, you can confide that you still almost cry when they play the Ghostbusters theme song on the radio every 10 minutes. Then you tell her about all of the money you've saved from haying and urge her to arrange a visit to her cousin in St. Joe in a few weeks... all the while DYING to reveal to her that you bought her what just may be a gold bracelet at Montgomery Wards for $20.

At 12:15, you put on a $.19 stamp and stumble out into the heat, put the letter in the mailbox and flip up the red metal flag. At 12:35 the mail-lady pulls up in her station wagon and takes your letter, leaving a wad of mail behind. There's one from her (in response to your 14th letter)! You leave the rest of the mail in the mailbox and tear into her envelope before you even get to the door. She doesn't waste much time: "Scott, I think we have to be just friends, Scott. I've been really confuse because I [heart] you soooooo much but I also love the other Scott too [here, she was referring to her ex-...well, suddenly CURRENT (again) boyfriend with the same name] and he's here and he knows all of my frens. He has a lisense too..."

You see what I'm getting at? If she had waited two days to send that letter--and to make up her mind between that hillbilly Scott and this cultured Scott--she would have seen that I had THROWING STARS and SAVINGS (i.e. I could protect and provide) and BOOKS (i.e. I was going to be an English Professor someday and earn big \(\) and the respect and adulation of my community). I'm not bitter all these years later. I'll bet she is, though.

Has email made us more patient? Has it made us consider what is worthwhile to communicate? Duh. As frenzied and ridiculous as my correspondence with Rena was, is it really sillier than the many times YOU have sent out a brilliant email then put off all meaningful work to hit the Send/Receive button every 15 seconds for an entire afternoon waiting for replies? What about the times you've labored over an indignant response to a colleague's email--pointing out the unprofessional tone, the errors, the miscalculations--only to hit send and see in the meantime that they had already sent out a heartfelt apology and explained that their wife's heart attack that morning had left them "out of sorts"?

But none of this gets at the real reason I started writing this post. My students understand email better than my colleagues and my family and myself. They realize that there is now (and always has been) a transmission-composition proportionality paradigm. Simply explained, they spend time writing an email or letter in proportion to the time it will take for it to travel from them to its recipient. It took two days for my letters to get to Rena. I spent hours on each letter. They were always several pages. It takes 3.52 seconds for my email to reach someone on the other side of the planet. Therefore, I should spend no more than 2 seconds composing it. Less if I'm replying to something whiny.

Instead, we professionals too often succumb to the reverse transmission-composition proportionality paradigm which posits that all of the time our correspondents save in waiting for the postal service should now be spent composing a three paragraph response to our query about borrowing their scotch tape.

I'm therefore compiling a list of my future email responses (with an ear for tone, as demonstrated by the carefully placed exclamation points) starting with some of the standard responses in a magic 8-ball. Feel free to suggest additions: